Let customers speak for us

The birds are happily sitting where I can see them. It’s. A happy look. 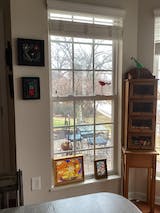 Love the color. Always love a porch. One of my favorites as I’m collecting them and keeping indoors.

This house is super AMAZING!!! I loooooove this house!!!! 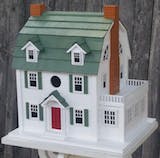 My sister loves this gift and I do too

This bird house is a really nice addition to my garden! It is well made and adorable! Now I’m hoping a bird will utilize it with a nest. 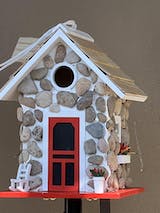 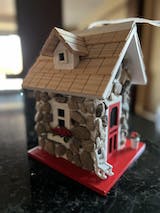 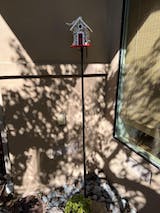 I love it so much I’m going to buy one for my sister-in-law. 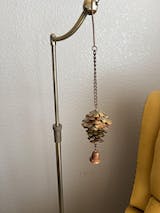 We received the wall art quickly & in perfect condition. Mounted it on outdoor wall & my wife loves it. Would consider buying from you again. Thank you 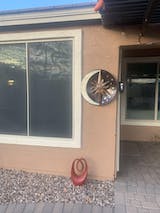 Love it like my other two. Well made and I love the details.

This is a beautiful bird house. It’s very well made. I absolutely love it❤️ I plan to buy more bird houses from this company. 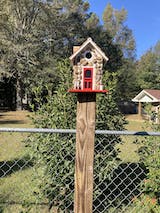 I love this pine cone and bells hanging ornament. It’s so delicate - the pinecones have amazing detail and looks amazing hanging on one of my Palm Trees! 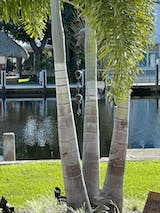 Have You Ever Wondered Where Hummingbirds Live?

Hummingbirds can be found in many parts of the world but they prefer warm climates. They like areas with plenty of flowers and trees that offer them food and shelter.

Watching hummingbirds flit around your garden is a joy to watch, and it sure feels like a magical experience. They are fascinating creatures with many exciting behaviors. They are fast and beautiful birds and have unique characteristics that make them a favorite among bird and nature lovers.

Most hummingbirds live in the tropics, with a majority of them, 130-160 different species living mainly in Colombia and Ecuador. Only 17 species consistently nest within the United States among them the ruby-throated hummingbirds, rufous hummingbirds, the anna's hummingbird, which is the most common species along the Pacific Coast, and Allen's Hummingbirds (common along the coastal Oregon & California). ***While a few may adopt a temporary territory with a more favorable climate as their breeding grounds, the Annas rarely migrate. They mostly stay in the same area all year round.

Early summer is a peak time of activity for hummingbirds sightings.

If you are an avid bird watcher, you might have noticed that they are mostly around during spring and early summer as it's their peak time for activities. By this time, the young hummingbirds will have "fledged" and left the safety of their nests.

Hummingbirds are native to the Americas

This lifestyle makes them relocate as the seasons do as they try to keep up with the flowering seasons of the plants they depend upon. The constantly changing flower production patterns in different seasons often shape when and where the hummingbirds will choose as their next home.

However, they don't entirely rely on nectar-bearing flowers. Hummingbirds will also feed on tree sap and insects, especially during the hot season (which is usually the breeding season), as they need the protein to build up their nests and feed their nestlings.

One of the most amazing things about hummingbirds is their migration patterns.

They are one of the few small species that migrate for thousands of miles in the fall and spring, just as other migratory birds do.

They migrate from their winter homes in southern Mexico, Central America & South America.

During the spring migration, hummingbirds fly through the lowlands of the western U.S (Alaska, Arizona, California, Hawaii, Idaho, Montana, Nevada, New Mexico, Oregon, Utah, Washington, and Wyoming). In summer, they return through the mountain, tracking and following the blooming of flowers in the meadows.

In high elevation areas, like in the northern states,  first arrivals are rarely recorded until around April or May. The hummingbirds depend mainly on the sap-wells that woodpeckers curve out of the sides of trees. They sneak up on the sap-wells made by woodpeckers, drinking the sugary sweet sap when the woodpeckers are away!

You can check and follow reported sightings of hummingbirds across the U.S on this map.

This is the only bird species of hummingbirds that can be found consistently found across Canada and the Eastern U.S.

In September, they usually gather along the South Coast of Texas, Louisiana and Florida to prepare for the final push toward their wintering grounds to the south. They'll usually fly over the Gulf of Mexico or use the overland route through Mexico.

The migration route of the ruby-throated hummingbird

How To Make Your Garden More Hummingbird-Friendly

If you have hummingbirds visit your garden, it's a sure sign that your garden is doing well, as hummingbird species are definitely attracted to healthy, thriving gardens. But, if you see them around and they never hang out in your backyard, here are three tips for attracting hummingbirds.

One of the best ways to attract hummingbirds is by providing them with food.

Hummingbirds are attracted to brightly coloured flowers, so adding some flower varieties that specifically attract hummingbirds will bring them in. Some good examples include trumpet creeper, petunia, bee balm, cardinal climber, and salvias.

Be sure to plant flowers that bloom at different times of the year –this provides enough sap so the birds will come back to your garden more than once.

Place hummingbird feeders in your garden

Add a few hummingbird backyard feeders in your garden for nectar or sugar water (both available at most pet stores). You can also make them yourself by adding 1 part sugar with four parts water and mixing until the sugar is dissolved. You can always store the excess sugar water in the refrigerator. Here is a step-by-step guide on how to create the perfect hummingbird nectar.

Be sure to clean and refill the feeders regularly as hummingbirds consume a lot of liquid.

Read more on how to clean your hummingbird feeders.

Create a hospitable for hummingbird nestsUnlike most birds that occupy nesting boxes and birdhouses, Hummingbirds build their own nests. Instead, they build their own tiny nests using plant fibers, moss, feathers, lichen and other natural materials. They ingeniously bind the materials together using spider silk, so don't be so quick to clean out spider webs!


It's easy to make your garden hummingbird-friendly, and it's definitely worth the effort! Not only will you get to enjoy these beautiful creatures, but you'll also be helping them thrive. So go ahead and start planting those flowers –the hummingbirds will thank you for it!

You can read more about how to create the perfect hummingbird garden here.

Where Do Hummingbirds Live; FAQ's

Where do hummingbirds make their nests?

Hummingbirds build their nests on safe and sheltered trees or shrubbery to protect their hatchlings from wind, rain, sun and hummingbird predators such as bluejays, crows, cats, hawks, kites, kestrels and shrikes. They usually make their nests in the fork of branches, and more often, in catkin-bearing trees and shrubs such as willows, birch, sweet chestnut, hickory, witch hazel and alder, among others.

Why do hummingbirds migrate?

Hummingbirds migrate to avoid the cold winter and seek warmer temperatures. They start arriving in gardens by mid-April or May, where they will stay until fall, when it's time for them to leave again.

How far do hummingbirds migrate?

Some hummingbirds, like the Rufous Hummingbird, can migrate as far as 4000 miles in a single migration. This is the longest distance of any hummingbird species in North America.

Research shows that a hummingbird can travel for as much as 23 miles in a day. However, hummer birds migrating from Florida to the Yucatan fly about 500 miles in just about a day non-stop without a break!

Where do hummingbirds nest at night?

At night, hummingbirds will find a safe place to rest for the night. They prefer nesting in shrubs or trees that aren't exposed to cold winds.

Do hummingbirds return to the same place every year?

Yes, hummingbirds have a brilliant memory and can return to the same place every year. However, if they don't get enough nectar from the flowering plants on your garden or your nectar feeders, they may leave to somewhere else and never return. It's best to maintain at one feeder all year round.

What time of day are hummingbirds most active?

Hummingbirds are most active early at dawn and late in the afternoon just before sunset. They spend the middle hours resting as they spend a lot of energy flying as they hover over flowers. In a well-shaded garden with plenty of shrubs and trees, they can also be seen during the day.

Added to your cart: